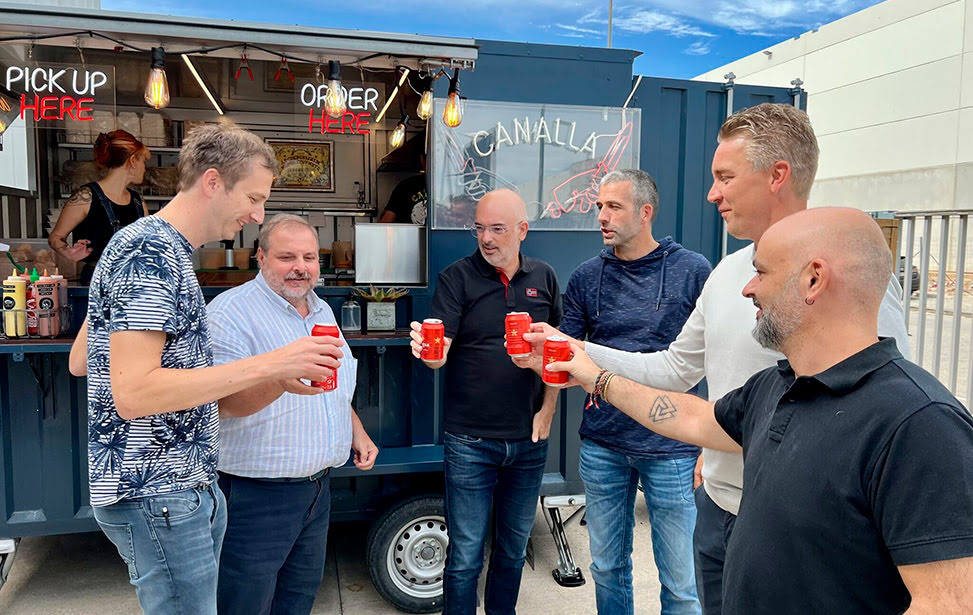 Last week Reisopack celebrated their 30th anniversary. Steenks Service visited the Spanish factory to celebrate this milestone. In these 30 years, Steenks Service has been working closely with Reisopack’s strapping machines for years.

In the beginning of 2000, the strapping machines were introduced in the greenhouse horticulture sector by Freek Steenks. The machines secured the boxes of products on pallets with strapping band instead of simple string. This was much stronger, which meant that far fewer pallets fell over during transport. The collaboration between Steenks Service and Reisopack started small and has grown into an intensive collaboration in which Steenks Service is today an official Reisopack dealer worldwide.