‘The Qlipr system and virus-free cultivation: a perfect combination!’

‘The Qlipr system and virus-free cultivation: a perfect combination!’ 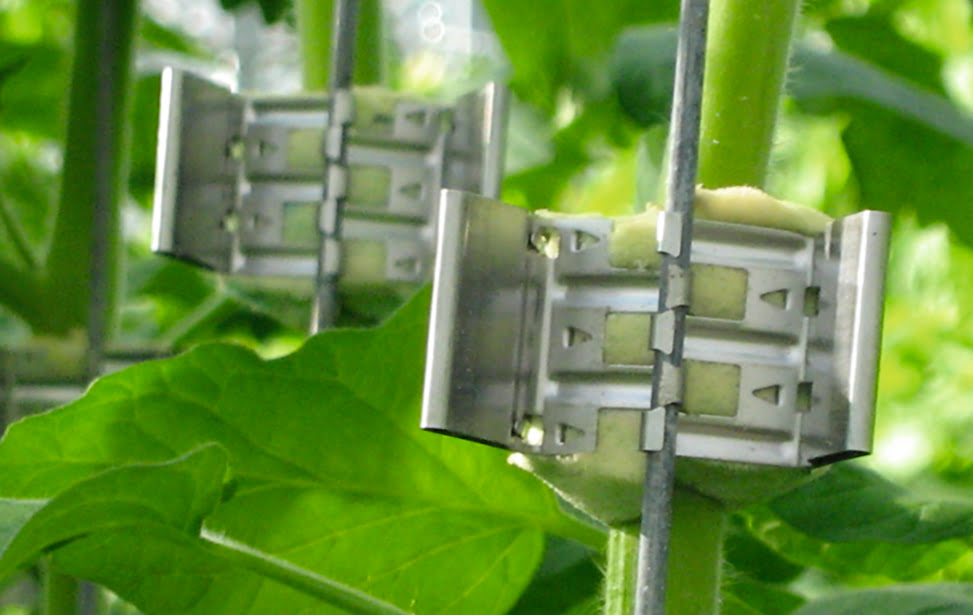 The Qlipr system developed by Pellikaan Gewasklemsystemen is extremely durable: the clamps and hooks will last for at least ten years. This is a major  advantage over plastic clips and ties. The Qlipr clamps and hooks can moreover be easily and eff ectively disinfected, say growers who use the system. “Steaming is 100 percent eff ective; we have no problems whatsoever caused by viruses or bacteria.”

In 2007 Floris van der Linden from Oud-Beijerland switched from growing his cucumbers in the traditional way to the high-wire system. That’s also when he started using Qlipr. “We’ve been using this system ever since, and are very satisfied with it,” says Floris, who grows his crops in an area of five hectares. “Among the advantages of the Qlipr system is that it’s easier to create more stalks. Cutting the leaves is also easier because you’re not obstructed by wires. On top of that it’s very durable: we’re still using the same clamps and hooks that we bought back in 2007.”

After each harvest Van der Linden hires a steamer, which heuses to steam his perlite growing medium, and also the Qlipr clamps and hooks. “We put the clamps – along with the foam inserts - and the hooks in containers which we stack and cover with tarpaulin. We insert the steamer’s tubes under the tarpaulin and this enables us to disinfect the clamps and hooks in no time – less than two hours to be precise. It’s a perfect way of eliminating bacteria and viruses; they cause us no problems whatsoever. Steaming is 100 percent eff ective!”

Cucumber mosaic virus a thing of the past
Pieter de Vogel, who runs an organic nursery of 2.5 hectares in Rotterdam, fully agrees. He’s been using the Qlipr system for his cucumber crops for ten years. “In principle, I steam the clamps and hooks once every few years,” says De Vogel. “But if I’ve had any problems with a virus I always disinfect them at the end of the season. The steaming is very effective. They say that once one of your crops has been infected by cucumber mosaic virus it’s virtually impossible to eradicate it completely. But my crops are completely virus-free again; that just goes to show that the Qlipr system and virus-free cultivation really do go hand in hand!”